Why Are We Biased Against Games for Learning?

The topic of games for learning is garnering more widespread attention than it ever has, thanks in no small part to high-profile evangelism from folks as prominent as those at the White House and U.S. Department of Education on the one hand and USA Today’s national K-12 education reporter Greg Toppo (who recently wrote The Game Believes in You: How Digital Play Can Make Our Kids Smarter) on the other. I’m not a Johnny-come-lately to this conversation or community and, yes, I’m a gamer (who both plays with and learns from other educators while gaming). There is significant learning happening in games, important instructional design implications to draw from game design, and very real potential here for broader impact. 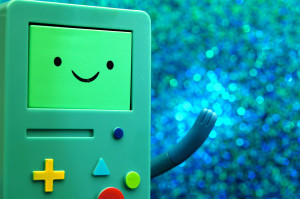 It is for all these reasons that I was so struck by an empirical research finding presented by Ellen Wartella about parents’ views on games and learning presented at a May 19 Capitol Hill briefing sponsored by Northwestern University’s Institute for Policy Research on “Education in the Digital Age.”

Among the data sources for her remarks, Dr. Wartella referenced Northwestern University’s own “Parenting in the Age of Digital Technology: A National Survey (Revised June 2014).” Based on a nationally representative survey of 2,326 parents of children aged eight years old and younger (and supplemented with insights from four focus groups), this report provides empirical information about how parents of young children are incorporating new digital technologies (iPads, smartphones) as well as older media platforms (TV, video games, and computers) into their family lives and parenting practices. While the range of questions addressed in this study is quite broad, the authors did probe parents’ views about the educational impact of technology on their young children’s lives. Specificially, it asked parents their opinion as to whether television, computers, video games, and mobile devices each have a mainly positive or a mainly negative effect on the educational development of children their child’s age.

In general, parents are more likely to say technology has a positive than negative effect on young children’s creativity and basic educational skills (although many parents say these technologies have no impact one way or the other). However, the one medium that runs counter to this trend is video games: “when it comes to the effect of gaming on children’s reading, math, speaking skills and creativity, more parents have a negative rather than a positive view” (p. 19). The pattern in the data seems clear and consistent:

While both the content of what is being viewed/played and the context in which it is being used (e.g., children watching/playing alone vs. alongside a parent) matters a lot, these findings suggest that parents of young children inherently see more educational value in television, for instance, than in game playing. While platforms are surely converging (we watch video on mobile devices and computers, play games on computers and mobile devices, etc.), I can offer no compelling armchair hypothesis for why parents of young children are so negative about the educational impact of games vis-à-vis television (in particular) or the other technology and media included in the study. It seems as if there is some cultural bias at play here that is anti-gaming – and I believe undeservedly so.

Those championing games for learning need to pay attention to these findings and address the root of the sentiment. Parental attitudes shape school investments and allowable tools and resources, as well as policymaker sentiment. Take for example the reaction to Greg Toppo’s book by the influential Fordham Institute’s Robert Pondisco, who writes:

Education technology in general—and digital games specifically—can be easily dismissed as yet another Next Big Thing that’s doomed to disappoint. If your standard prescription for schools and teaching is high standards, rigorous instruction, and rich curriculum, you might be tempted to roll your eyes at Greg Toppo’s new book on the potential of digital games to change K–12 education, The Game Believes in You.

I came to The Game Believes in You as a skeptic. I finished it as an agnostic—I’m willing to be convinced that well-designed games have much to teach those Toppo calls “the real rule-makers” about differentiation, assessment, and curriculum—not just student engagement.

If this is the starting position of those shaping educational policy (no doubt tapping the vein of parental sentiment exposed by Dr. Wartella’s study, at least in part), the games for learning community (and its advocates and supporters, of which I count myself) have a lot of work yet to do in demonstrating the link between gaming and learning in ways that are both clear and compelling before we can hope to realize the broader impacts for which we’re working.

Often with their parents’ encouragement and supervision, young children are increasingly relying on mobile apps—even services that may not have expressly been designed for them—for learning. While parents have an expectation of privacy for their children when they use these apps, a new study suggests that parents’ trust may be misplaced.

Of note, some of the brands engaged in tracking may be quite familiar to readers…

In the News: On the Nevada Ready 21 1:1 Laptop Program

Nevada doubles down on its (modest) statewide 1:1 program. What will this mean for Nevada students?