Watch this video and ask yourself:

This week, the Trump Administration released its FY18 budget request and its priorities are as expected: a reduced federal investment and role in K-12 education and some new school choice priorities. Congress won’t pass it as is; Congress never does. But, these are the two themes it seems likely to me that we’ll continue to see under the current regime. EdTech appears not to be a special priority in the budget request and – in fact – a close read of the staffing request for the Department revealed a potential re-organization and minimization of the role of the Office of Educational Technology underway (details here).

Cyber incidents affecting K-12 schools continue apace. As of the time I am writing this, I’ve identified 138 incidents since the start of 2016. For those not keeping score, allow me to catch you up: roughly two times per week – every week since 2016 – a public report is made of a cyber incident affecting a K-12 school or district. These incidents involve the disclosure of data about students and teachers and disruptions to teaching and learning that relies on technology. And, they undermine trust in the ability of K-12 schools to make good choices about the use of technology. Given the nature of public disclosure about these incidents, it also is surely an undercount (perhaps by orders of magnitude). Two other threads I’ll be watching:

More broadly, it seems notable that a number of prominent figures in the world of technology are beginning to raise questions and concerns about the state and direction of the field. Most recently, we have Walt Mossberg (perhaps the most influential technology journalist to ever wield a pen): 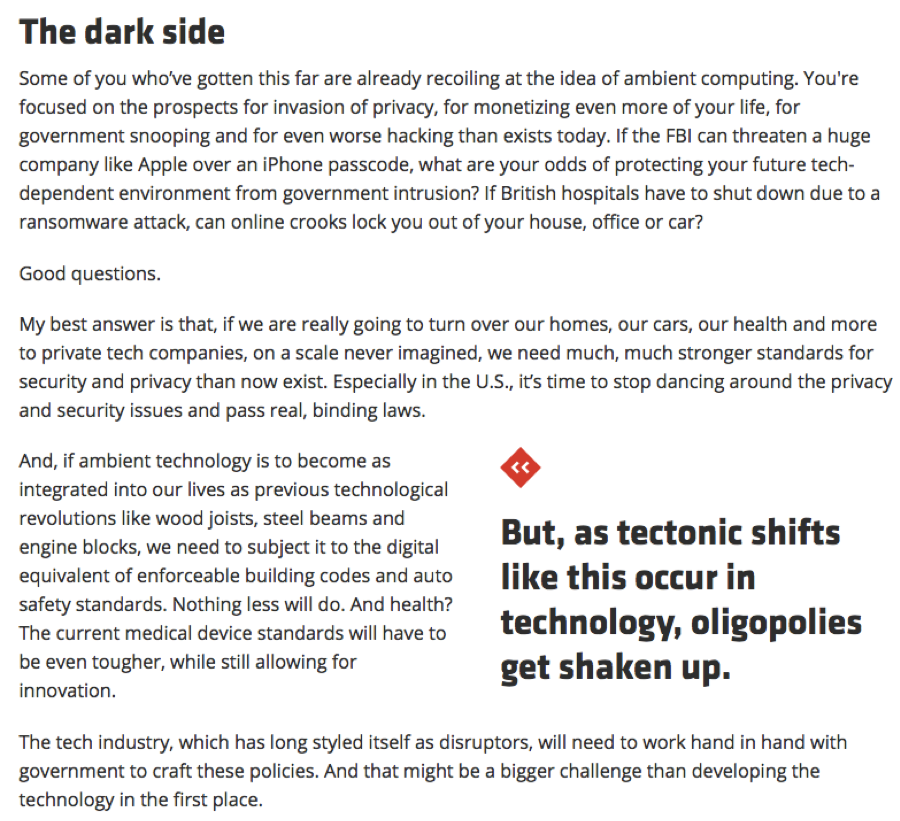