Last week, the “Thinking Person’s Guide to EdTech News” was on vacation, amongst the tall trees of the northwestern coast, and mostly off the grid. As I have for each of the last three years at this time of year, I’ve enjoyed the chance to retreat from the congested DC area with members of my family and in the words of John Muir, 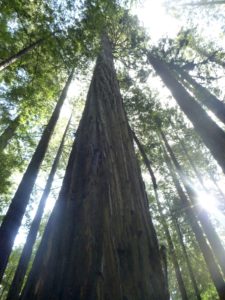 Keep close to Nature’s heart… and break clear away, once in a while, and climb a mountain or spend a week in the woods. Wash your spirit clean.

I find myself back at work refreshed and with some new ideas. Among them, I’ve updated my site to include a dedicated FAQ on open educational resources (OER). The FAQ is a collaboration of many involved with the movement and includes an OER infographic, suitable for downloading and re-sharing. My thanks to EdSurge for highlighting its availability. I’d encourage those interested in the OER movement to subscribe to the bi-weekly OER Digest (a joint project of SPARC and the Student PIRGs) to stay up to date.

This week, I also enhanced the K-12 Cyber Incident Map by adding video clips of news reports of select incidents since 2016. This initial traunch of 21 videos help convey additional details about the incidents, provide insights and advice on how schools (and law enforcement) respond to incidents, and also convey some of the emotional toll on those affected. As I identify new incidents, I’ll also add new video clips to the catalog.

In addition, I’ve begun to do some cursory analyses of the data set underlying the map in an attempt to identify patterns that may be useful in responding via policy and practice. While a comprehensive post of my initial findings will be published in the coming weeks (in partnership with the Future of Privacy Forum), I did offer up a quick post this week on an emerging issue worthy of greater consideration: Should We Be Sending Students Who Hack Their Schools to Jail? Folks on Reddit and Twitter had some interesting thoughts on the piece.

This past two weeks also saw seven (7!) new additions to the K-12 Cyber Incident Map. The pace of additions should be concerning to anyone who cares about personalized learning and/or student data privacy. Be sure to follow @K-12CyberMap to keep apprised of updates to the map and related news.