The Fans, Fanboys, and Fanatics of OER

I have a confession to make. I work in K-12 education in the U.S., and I am merely a fan – not a fanboy – of open educational resources (OER).** I suspect that some will claim that this is a difference without a distinction. Others surely see me as some sort of OER fanatic. I beg to disagree. 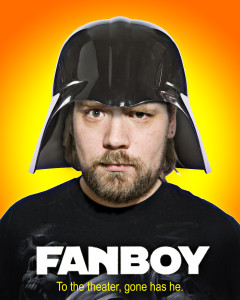 After all, I’ve advocated for federal support for the development, use, and adaptation of OER (see, e.g., the May 5 Education Week story by Sean Cavanagh, “‘Open Educational Resources’ Promoted in U.S. Senate’s ESEA Draft”).  I’ve advocated for states and districts to rethink the process of instructional materials adoption and funding in light of the opportunities afforded by both digital and open content (see, e.g., the 2009 report Rethinking the State Role in Instructional Materials Adoption and the more recent 2012 report, Out of Print: Reimagining the K-12 Textbook in a Digital Age). And, I’ve worked to shed light on some of the thornier issues of practice associated with the increased use of digital, open content in the U.S. K-12 context, including issues of accessibility, the copyright that should get assigned to teacher-created materials, and interoperability gaps and needs.

So, if these are the actions of someone who is an OER fan, what stops me short of claiming fanboy status? Well, Donald Clark spurred me to consider it in mulling over his recent post, “Is the ‘closed’ mindset of the Open Educational Resources community its own worst enemy?” (and hat tip to Nicole Allen for being the one to bring it to my attention).

I don’t fret much at all over some of what Clark raises: the acceptance and/or lack of broader cheer-leading for Wikipedia, MOOCs, or Khan Academy as success stories. I also tend to think that educators make rational responses in selecting instructional materials and tools (including using social media) – and certainly in the U.S. K-12 context, individual teacher’s choices about instructional materials are constrained by district and state policy anyway.

I also depart from Clark on the issue of the importance of cost savings to OER in the U.S. K-12 context. Now don’t get me wrong. Of course, money is hugely important for K-12 education and a key benefit to adopting OER. Any money we can save via adoption of OER without compromising value to student outcomes in what is the discretionary part of education budgets is a big deal (and by discretionary I don’t mean that access to standards-aligned instructional material is optional – though purchases are routinely put off in tough budget years – but that this is a budget category not tied up in paying for facilities, transportation, and salaries, which make up the lion’s share of education spending). At the same time, though, let’s be clear: Neither U.S. K-12 teachers nor their students necessarily directly and immediately benefit from any cost savings in instructional materials since (a) public education is already free to its beneficiaries via taxes paid primarily at the state and local levels, and (b) the adoption of OER presupposes the shouldering of new costs by states and/or districts which are currently paid for via the decades old textbook business model under which we still by and large operate. That is, I tend to think that adopting OER is partially about cost-savings and partially about cost-shifting. For me, its an unresolved issue and one that will take time to sort through. Count me a fan, not a fanboy.

And then there are those areas where I tend to agree with Clark’s critiques of the OER community: that advocates can be anti-corporate; fixated on reuse, revision, and remixing instead of more typical use cases; and, seemingly dismissive of what it will take to see OER use take root in K-12 at scale (i.e., issues of marketing, implementation, and sustainability).

The anti-corporate sentiment seems both real and problematic to me. It creates problems in that it (a) actively invites push back from well-heeled publisher lobbyists with a better ability to define the terms of the debate since they have a greater understanding of and access to the decisionmaking structure of K-12 schools, (b) shifts the goals and tactics of OER advocates from improving the practice of education to taking actions that have the net result of suppressing private investment in resources for K-12 education, and (c) makes it more challenging to work with the private sector in helping to reimagine the ways in which we develop, distribute, access and improve upon standards-aligned instructional materials. Indeed, for all intents and purposes, the private sector remains integral to the OER movement: instead of purchasing proprietary textbooks from publishers (which contain the content within the medium used to distribute it), we now rely on telecom providers and device manufacturers to access that content for no additional cost over the cost of the technology necessary to access the content (the costs for which we conveniently ignore or treat as an assumption or as someone else’s problem). I am in no way defending any individual actors that are not delivering fair value for the cost of their services; they deserve to be disrupted by new actors that deliver more value at a better price. However, as Clark himself notes, OER “is not a private versus a public argument.” Much more work is needed to sort this out and some interesting experiments are underway. Count me a fan, not a fanboy.

I also tend to agree with Clark that a focus on ‘reuse, revision, and remixing’ flies in the face of the day-to-day experience of the vast majority of K-12 teachers, who neither have the time and/or maybe the interest in also taking on the role of the traditional education publisher in addition to teaching (and social work and everything else we ask teachers to do). As he says, “The sad fact is that reuse by educators forms a tiny, tiny part of overall use.” While I wholeheartedly agree that the flexibility of OER is a major advantage to its use in K-12, it will only be when there are institutional incentives for revision and adaptation that that flexibility will pay off. I’ve long thought that a leverage point the OER movement could and should exploit is in helping to rethink professional development. Why wouldn’t we want to convene educators, say, every summer to refine, revise, and adapt OER, based on both educator experiences in teaching with those resources and on data about student use and outcomes of those resources? Wouldn’t that serve the dual purpose of offering (what seems to me to be) an incredibly powerful professional learning opportunity, while also improving the quality of instructional materials? I’m aware of some nascent efforts along these lines, but would love to learn more if others are pursuing a related path in the U.S. K-12 context. In the mean time, count me a fan, not a fanboy.

Finally, we come to the issues of implementation, marketing, and sustainability, which are among the most hand-wringing of all the issues I wrestle with as a fan of OER (not a fanboy, certainly not a fanatic). Over the years I’ve been engaged in OER, I’ve seen a near religious faith in the idea of OER that seems to justify a ‘build it and they will come’-type mentality to implementation and sustainability. Moreover, there are some in the community that seem over-impressed with titular support from high-level government officials and/or the launch of high-profile government-backed initiatives that too often stand no chance of success or lasting power (e.g., remember this?). While a reliance on philanthropy was necessary and important to seed the field and while it is certainly better to have government support than not, OER will never take root in U.S. K-12 education without much greater attention to implementation, marketing, and sustainability (and I’m looking right at you, too, K-12 OER Collaborative). While some (like myself) have been engaged in efforts to help define and set a vision for what the future of digital, open content might look like and how it might work in the U.S. K-12 context, others have set about to publish and curate OER content. What we need more of and what has been under-invested in (in terms of mindshare and money) are efforts that foster institutional change at the K-12 level with respect to the selection, use, and refinement of instructional materials –  including professional development for teachers and a focus on equity of access to the tools to access and use that content (in and out of school) – that can stand the test of time and lead to improved learning outcomes for all students, including most especially those at-risk.

In my experience, most U.S. K-12 policymakers and school leaders aren’t kept up at night because of worries they have about “Open Policy,” and I’m not fully persuaded that there is any clear or direct benefit to student learning from “Open Pedagogy” vs. any other type of pedagogy that may be in fashion. Both of which are now things – Open Policy and Open Pedagogy – that if we hold too tightly to may actually get in the way of us working through the hard issues of implementation. In a world where folks remain persistently confused and confounded about the differences among free, open, and digital resources, it seems to me that OER advocates must focus instead on developing, refining and scaling better approaches to providing all students and educators with high-quality instructional materials that contribute to improved student learning. This will be done in partnership with the private sector (and not in opposition) and will result in cost shifts (and maybe in cost savings).

** For those lost on the distinction between those terms, this comic illustrates it nicely.

Do We Need New Regulations to Govern the Use of EdTech?

Largely unexamined in the large-scale shift to digital learning in education are the accompanying ethical considerations. Indeed, the issues and tradeoffs that school leaders and teachers face in using technology in schools and for education — whether free or for a fee — are more complex than they have ever been.

The Alliance for Young Artists & Writers has responded to an 8th-grader’s complaints about the intellectual property provisions of their signature student awards program.