10 Things To Know about the Future of Blockchain in Education

I recently availed myself of the chance to join and learn from many of the leading innovators and thinkers in the emerging blockchain industry at the Chamber of Digital Commerce’s DC Blockchain Summit 2016, which billed itself (accurately, I think) as “a dialogue at the intersection of industry, regulation, and innovation.” The event had a strong financial services theme, although I met audience members engaged in a wider array of fields (including healthcare and social media). Given the growing interest in the topic and recent blockchain-related announcements specific to education by organizations such as Sony, MIT Media Lab, and the Holberton School – to say nothing of the visions advanced by BadgeChain, the KnowledgeWorks Foundation, and Learning is Earning 2026  – I thought it might spur some interesting dialogue if I took the time to share my current musings on the topic. To that end (and based on my DC Blockchain Summit experience), here is my current list of the top 10 things to know about the future of blockchain in education.

One, with the release of a new book (BLOCKCHAIN REVOLUTION: How the Technology Behind Bitcoin is Changing Money, Business, and the World) from Don and (his son) Alex Tapscott coming in May 2016 focused exclusively on the potential of blockchain, expect to hear much more about the technology in the popular press. Both Don and Alex spoke eloquently at the Blockchain Summit about the topic, and while the Tapscotts’ are decidedly optimistic about the technology’s present and future, I also was struck by their calls to ensure that the technology is implemented in ways that generate positive social benefit, most especially for those who are currently disenfranchised in this country and around the globe. I am eagerly awaiting the chance to read the book.

Three, blockchain technology is – at its core – a federated, cloud-based database. Unlike other databases with which you may be familiar, a blockchain database preserves the history of every change ever made, is fault tolerant, encrypted, and immutable. Multiple parties are required to approve changes, while unauthorized changes (and hacks) are rejected. It is these key features that together provide the trust in the database (whether it exists on the public interent or on a private intranet) that leads people to see it as a mechanism to store and transfer goods and information of value. As the hype picks up and new exciting names and edu-brands get bandied about, never forget: blockchain is just a (special) database. 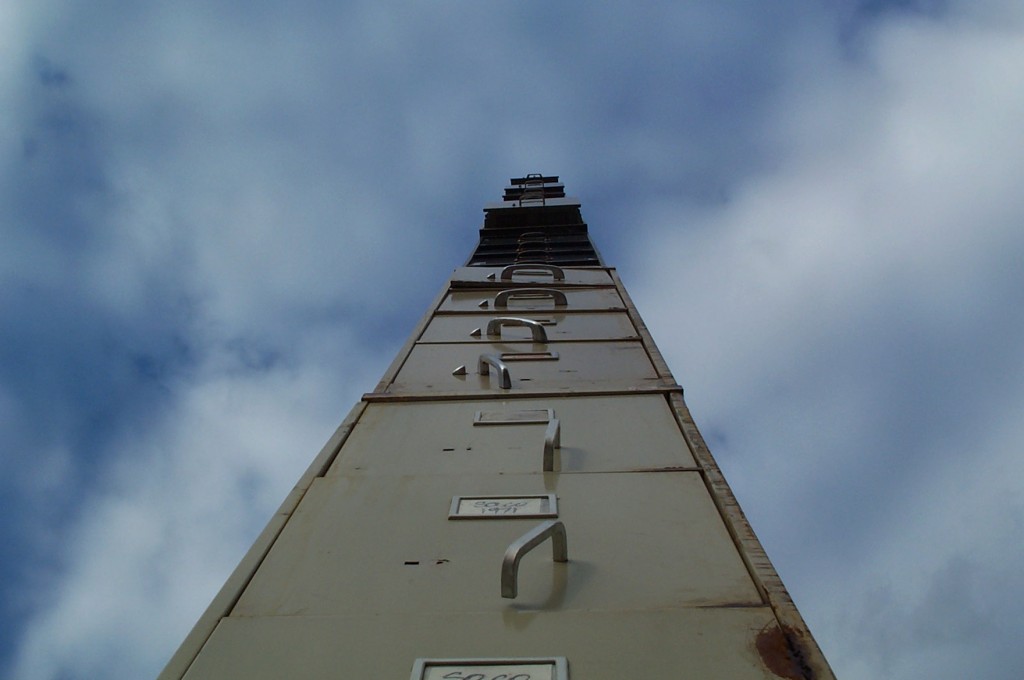 Four, there are pros and cons to building applications on top of public (permissionless) blockchains, like Bitcoin. Chief among the benefits are the number of nodes already working to maintain and secure the blockchain. (This is one of the features of this technology and why a public blockchain like Bitcoin’s can actually be more secure than a database on a private server). Cons of public blockchains are likely to include the fact that most were not designed to support third-party applications as their main use case and therefore may not be optimized for their use and/or hold out the possibility of forking in ways that break third-party applications at some point in the future. Public blockchains – from the perspective of public institutions like schools – also bring with them the baggage of their main use case (which for many is as a virtual currency). Moreover, I’d be surprised if many schools would be willing to associate themselves in any way with some of the unsavory characters of the crypto-currency world. It is for all these reasons that many of the experts at the Blockchain Summit predicted that companies and institutions new to blockchain would first deploy private (permissioned) blockchains, at least until they are more comfortable with the technology. While private blockchains require custom development and a commitment to navigating the security requirements (including ensuring the availability of a sufficient number of distributed, always-on nodes), they can be built specifically to suit their primary use cases.

Five, given the fact that public policy regimes (regulations and laws) are routinely challenged by the introduction of new technologies, some will be interested in tracking the development and implementation of blockchain-related policy in DC and the states (and around the world). The good news is that there are two organizations already dedicated to that very task:

For what it may be worth, I’ve also seen (very) occasional pieces on blockchain-related topics from the big think tanks (including Brookings, Cato, and New America). Expect more to come as the technology implementation matures.

Six, for those that are tech-savvy and interested in learning more about the technology underlying blockchains or even in deploying it yourself, it is now easier than ever. Here are some easy ways to get started:

(In full disclosure: I’ve been running a node on the Gridcoin network myself for the greater part of a year and it has greatly helped increase my understanding of the underlying technology. If the value of Gridcoin rose to be worth what Bitcoin is worth, I could buy a whole lot of nice things. Also, I’ve heard pigs might someday fly. I am not offering investment advice, I am not pumping Gridcoin, and I am not encouraging you to be silly with your money. Spend a little time/money, learn a lot.)

If you are ready to pull the trigger on your own education blockchain application and are daunted by the prospect of building and maintaining it yourself, you can even hire people (like IBM or these guys or maybe these guys) to help you design and deploy your own private blockchain. Just note that most everyone is focused first on financial services use cases.

Seven, beyond understanding at least in a general way how the distributed database technology that powers blockchain works, it is important to understand the general types of problems facing institutions (like schools) that blockchains appear to be good at solving. According to IBM, these include:

So, while we can imagine ways to disrupt and disintermediate schools via blockchain (each with various non-trivial policy/regulatory and social challenges to overcome), the most likely scenarios to take root (in my opinion) will be those that allow schools to be more efficient and responsive. This parallels how it appears to me that blockchain is playing out in the financial services sector: as near as I can tell, global banks and stock exchanges are not dumping their assets to buy Bitcoin (or deploy Bitcoin-based services), they are deploying blockchain technology to make their current offerings better and more efficient.

Eight, understand where blockchain technology seems to be getting traction (or has clear or potentially promising use cases):

What big categories of use cases did I miss?

Nine, given all this, let’s call the question: what are the most likely scenarios for big implementations of blockchain in education? Is it likely to be this (seemingly) benevolent, disruptive future for education and the workforce imagined by the ACT Foundation and the Institute for the Future? Or, are solutions more likely to focus on re-engineering ponderous bureaucratic ‘back-office’ operations (where Blythe Masters, late of JP Morgan Chase, argues the opportunity is – along with representatives of IBM, NASDAQ and others I heard on stage at the DC Blockchain Summit)?

As I think about big, paperwork-laden problems in the education sector that are ripe for re-invention, these are some that come to mind (from an admittedly U.S. K-12 perspective):

There are dozens of big ideas to pursue for education blockchains that would serve to make education institutions more transparent, more efficient, and more responsive. Oh, and here’s the real kicker for blockchain boosters: there is zero reason for most of the people involved in these process improvements – from policymakers to administrators to those on the front lines – to ever know they are running blockchain technology. They used to do work in one set of databases. Some day they will do new work in another set of better databases. As people transition from one to the other, they will even run shadow databases/blockchains to ensure that the transition from old to new functions as expected.

Ten, most of the current focus of blockchain is on building and transferring value. It is predominantly a financial services industry product, growing as it has from the success of Bitcoin as a currency/asset. However, if this technology is to serve social good, save taxpayer dollars, and help us better focus resources on improving outcomes for students, it will have to be by design. It is conceivable that blockchain technology could be deployed in ways that decrease privacy, increase government oversight and regulation of schools and learning, either reify or introduce new modes of structural discrimination, and cost taxpayers not less but more money to operate schools. That is a scary prospect and one for which we all will need to hold education policymakers accountable. One place to start is in better understanding this new technology.

There are fascinating and powerful ideas underlying this technology. I fully expect to continue tracking its evolution and implementation across sectors – and hope to be able to remain engaged directly in its application in education. So, please share your ideas and questions by leaving a comment below. Expect future posts from me as new ideas and issues arise.

Personally, I remain optimistic and can’t wait to see where we will take it.

Blockchain Misconceptions and the Future of Education

I regularly see three myths and misconceptions being advanced by those advocating for the use of blockchain in education. It leaves me wondering if blockchain for learning advocates even understand the underlying technology. For all that seems magical about blockchain technology, I assert it is not – after all – magic.

In the News: On Sony Pursuing Blockchain Applications for Education

Conceivably, if blockchain were to help students keep track of and share records of their academic experiences – in brick-and-mortar schools, virtual classes, from other sources – it could add detail and sophistication to efforts to “personalize” education.

Beyond Badges: Why Personalized Learning Advocates Need to Care about Blockchain

While digital badging and its underlying technical approach points a way forward to solving some of the issues associated with a ‘distributed proof of learning’ system, there has emerged another approach that might hold even more promise: blockchain technology.