Fake News about the Future of Education

I’ve been at this technology in education thing for a long time – much of it as an analyst and researcher, some of it as a (pretty good) policy advocate. I’ve been funded by industry and provided advice to investors and brands. I’ve received support from some of the most prominent philanthropies funding in the space, and I’ve even been paid by the federal government to help them craft (and market) their educational technology plans to Congress and the states.

My work has focused on how technology is being used by schools and for learning for better and for ill (in ways intended and unintended) – mostly, but not exclusively in the U.S.; mostly, but not exclusively in K-12 settings. By technology, I mean computing devices, the means to connect them, and the software they run. But I also mean how we pay for it, how it affects the priorities and decisions of people who work in education or go to school, and how it interacts with the longstanding debates about how state and federal policymakers should ‘fix schools.’ The choices we make will shape the impact we have. My view is expansive: technology’s role in education goes far beyond classroom tools and student learning. 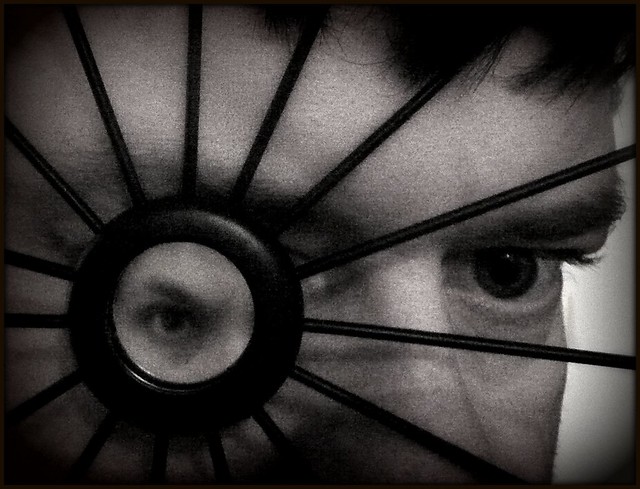 I don’t have any particular stake in any future of technology in education. I am not sure I’d describe myself as an optimist (or pessimist) about educational technology, so much as a pragmatist. Schools and students are using more technology than they ever have in schools; they will use more tomorrow. Some of that use will be beneficial, some of it won’t, and perhaps the money and time we’ve spent on technology could have been better spent on other priorities – if we only had the foresight to guide us. Or, just possibly, we’ll have a breakthrough in instructional software development and everything we know about schools will change. (I’m not betting my bitcoins on this last one.)

While I have become more opinionated in my views of technology in education (as I see patterns and themes repeating), I also have become less certain of the what the future may hold. I was recently asked to offer a prediction for the future of education (in 100 words or less). Here was my take:

For those with the motivation and means, the future of learning will be more open, more authentic, and more collaborative than ever. For those who are marginalized, the future is less certain. One key will be how technology is used to advance learning in and out of school. Will it empower students to think critically about their place in the world and how they can contribute? Or, will it be used to control their attention, behavior, and interests? The collective voice of educators has never been more important in determining which future of education we are creating and for whom.

It feels a bit in contrast to many of the other opinions expressed by the 105 other experts who responded to the request. Whose predictions will be right? Does it even matter? I think it does.

Over the winter break, I had a chance to talk with Alexander Russo about some of my reflections about the stories I read in the media about the future of education and technology. It was a wide-ranging interview (at least as much was cut from the final piece than appeared in the final article), but in it we discuss some of the most interesting media coverage of 2017 along with some ideas for 2018 and beyond (bonus ideas for reporters: here). I think media coverage of educational technology is important, and I pitch and/or comment on stories regularly. In fact, I think there are a few reporters who’ve probably cringed in receiving an email from me, seeking a correction or clarification on a story they’ve written.

(It absolutely would skew the findings, but that’s besides the point that I sometimes play the role of media gadfly.)

Whether appearing in the pages of major media outlets or on popular blogs, coverage of educational technology today feels more divorced from the reality of its use in schools than ever. The amount of ink spent by experts trying to define (or correctly redefine) ‘personalized learning’ and technology’s role in it is symptomatic of a larger issue: a lot of news and analysis about educational technology is fake – fake in that it is not based on systematic observations or data about students, teachers, software, or budgets. It is instead about the future, always about the future. If we only implement educational technology effectively (as the tautology goes), it will be effective (“an absolute game-changer in public education“). “To-morrow, and to-morrow, and to-morrow…” as Macbeth says.

The actual present of technology use beyond schools – for one who follows the broader coverage – is eye-opening in contrast:

What’s the most absurd/invasive thing that tech platforms do or have done that sounds made-up but is actually true?

Are those writing and thinking about and implementing technology in their schools reading this coverage? Do they even read the the stories we are told about education technology? Do they even understand the intended and unintended ways the technology they use actually works? Have they revisited predictions from prior years to see how accurate they were? Have they considered the unintended consequences of connected schools?

I don’t know what the future holds for technology in education, and I wouldn’t believe anybody else who tells you different. But what I do know is that in an absence of real (not fake) news and analysis about technology use in schools and for learning, we are seeing a rise in new stories about the stories we are being told about educational technology. And, as we begin 2018 together, that makes me hopeful indeed.