EdTech Strategies, LLC joined over 500 small businesses from across the country in an open letter filed yesterday with the Federal Communications Commission (FCC) raising concerns over the agency’s proposed repeal of net neutrality rules that prevent Internet Service Providers (ISPs) from blocking, throttling, and charging extra fees. In their letter, the small firms warn that “weakening or rolling back the 2015 protections would be disastrous for the country’s business community,” who for years have relied on unencumbered access to the Internet to do business. 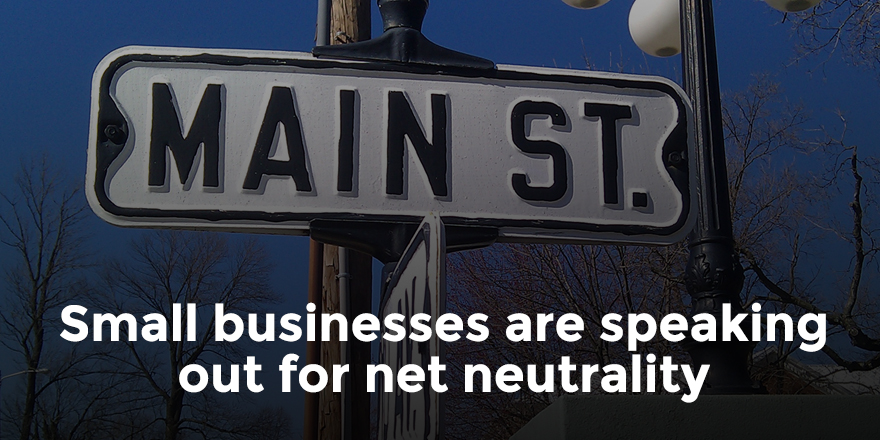 The letter, filed by the American Sustainable Business Council, highlights how the FCC’s proposed changes would permit Internet service providers (ISPs) to block websites, slow traffic, or charge companies new access fees – changes that would disproportionately impact smaller firms. Signatories, ranging from small accounting firms to catering companies to consulting firms (such as EdTech Strategies), warn that “while big companies might be able to afford a pay-to-play prioritized ‘fast lane’ to users, small and medium sized enterprises like ours cannot.”

The open letter comes just one day ahead of the final deadline for public input on the FCC’s controversial net neutrality consultation, which sparked millions of comments, emails, and phone calls to decision makers in support of Title II following the July 12th day of action.

Congress, Don’t Sell the Internet Out

The FCC is about to vote to kill Net Neutrality. Only Congress can stop it. Take action at: https://www.battleforthenet.com/

Join Me In Supporting the Open Internet

Today, internet users and online communities are coming together to sound the alarm about the FCC’s attack on net neutrality. I support the open internet. Will you join me?

In the News: On Altering the Public Record on E-Rate

While it’s common for a federal agency to switch policy directions after a change in leadership, FCC Chairmain Pai’s decision to rescind a data-based public report on E-rate modernization is a highly unusual decision that – at the very least – looks awful. Indeed, to expunge the public record is clearly a political move.