Blockchain Misconceptions and the Future of Education

Blockchain technology may seem magical, but it is not magic. For every advantage it may offer over traditional approaches to ‘big iron’ centralized, proprietary IT systems, it imposes new requirements on its users. And, while it is reasonable to expect that some technological hurdles will be addressed in the future, the magnitude of some of these hurdles is so great that one is left wondering if some blockchain for learning advocates even understand the underlying technology of which they are so enamored. 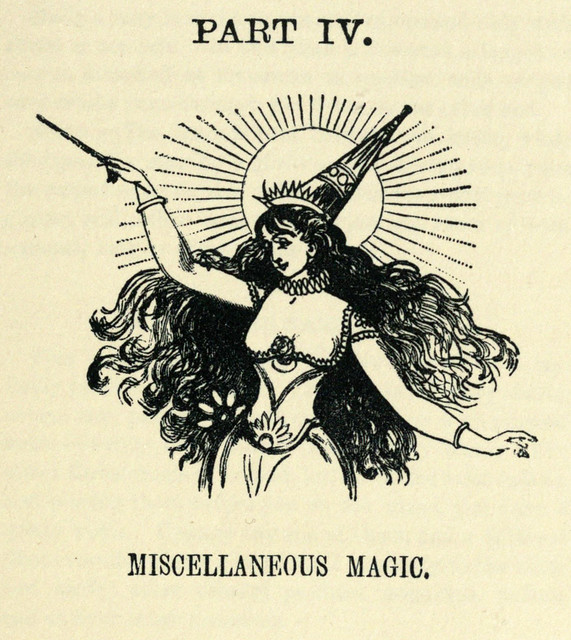 Recent events have crystallized my sense of the misconceptions that even blockchain advocates bring to conversations about the future of education. For instance, over the last few months, I’ve had a lot of fun discussing Don and Alex Tapscott’s new book, Blockchain Revolution, with educators associated with the ISTE Games and Simulations Network as part of their book club (and presented on blockchain technology at the 2016 ISTE conference). I’ve read and discussed both the KnowledgeWorks Foundation report, Learning on the Block, and Learning is Earning 2026, the latter of which was introduced by Jane McGonigal on the keynote stage at SXSWedu. I’ve participated in the dialogue being hosted by BadgeChain and read about – and even test drove – the blockchain work of the MIT Media Lab and the Open University. And, yes, I’ve run my own blockchain nodes of a couple of different crypto-currencies, mined a few coins, and actively participated in their online discussion forums.

Based on that experience, I’d argue that there are three main misconceptions being advanced by many of those advocating for the use of blockchain in education:

Myth One: blockchain technology is self-executing. One could (almost) be forgiven for coming away with this wrong-headed notion in considering some of the breathless visions of the future of blockchain technology that have been advanced, including in education/for learning. From smart contracts to decentralized autonomous organizations to blockchain-powered internet of things applications, one of the promises of blockchain is that it can disintermediate inefficient, opaque, and hierarchical centralized systems. Indeed, I am hardly satisfied with the status quo of IT systems used in public education and am more than sympathetic to those who raise issues of trust about education data systems, including about issues related to privacy, security, transparency, algorithmic decision-making, and conflicts of interest.

At the same time, blockchains require a system of governance and community engagement to foster continual technical and social development, including a process for communicating with and providing support to users. To respond to the evolving needs of users, to changes in technology, and new threats as they emerge (such as viruses, hacks and exploits, other malicious behavior, and software bugs), blockchains require a core group of active developers. Many of the issues that blockchain developers grapple with have profound implications for users and not every user would prioritize future blockchain developments in the same way. Moreover, if core developers fall out of step with the views of the majority of users (or even a vocal minority), some will question how decentralized the decision making of the blockchain really is. Followers of the crypto-currency world should see obvious parallels in the aftermath of the Ethereum hard fork and the ongoing Bitcoin block size debate.

While the technical know-how to develop a blockchain application is significant, the success of a blockchain is at least as dependent on the continuous social negotiations required to meet the needs of its user base. And, there is little self-executing about that…

Myth Two: blockchain infrastructure is free. Wouldn’t it be terrific if you could outsource your data collection, storage, and/or processing costs to a distributed network of computers and thereby save potentially thousands (or even millions) of dollars in IT costs annually? It sure would. Too bad its unlikely to come true.

In general, blockchain applications use incentives to ensure that large numbers of users willingly volunteer their computing resources to keeping the blockchain online and accessible 24/7/365, in-sync, and secured from bad actors. In the crypto-currency world, these incentives are financial (albeit largely speculative). Running a node in a blockchain helps to protect one’s financial stake in a crypto-currency, as does the process of keeping the network in sync via ‘mining’ blocks (no matter the specific mining mechanism used by the blockchain: proof of work, proof of stake, proof of something else, or some combination of all of the above).

These incentives are necessary, because there are real costs associated with running a node on a blockchain (see, e.g., the requirements and cautions for running a full Bitcoin node). Users must commit to installing and keeping up to date complex peer-to-peer file sharing software on a relatively modern, low-latency broadband internet-connected computer (most likely a desktop, not a laptop, tablet or smart phone). Each user must ensure they have enough disk storage space to keep a complete copy of the (ever-growing) blockchain on their machine. And, users’ machines must remain online and continuously connected to the internet, accepting inbound connections. Given the special risks of running a peer-to-peer online application 24/7/365 from a home network, users are advised to employ more advanced firewall and malware protection schemes than the typical home user.

Those concerned about equity issues vis-à-vis technology in education will do well to note that the investment to participate as a user in a blockchain network is not trivial and also will disadvantage those who are transient or live in regions that are unserved/underserved by providers of affordable, robust broadband service. Also disadvantaged will be those with strict data caps on their internet usage.

Myth Three: the types and amount of data stored on a blockchain are unlimited. Whether we consider traditional student records (such as those maintained by school districts) or unstructured artifacts of learning (documents, presentations, videos, or other multimedia) that could be used to provide evidence for the earning of a badge or micro-credential, many visions for blockchain in education seem to advocate writing it all to the blockchain. In so doing, we could sidestep the pesky problem of email addresses changing over time or of websites going offline (or getting over-written) or having to pay for third-party online storage (with money or in exchange for our privacy or both).

Unfortunately, such a cavalier approach to ‘throwing it on the blockchain’ flies in the face of the realities of distributed computing. Practically speaking, there are two ways that the amount and type of data on a blockchain limits how we should think about its potential application in education. First, blockchain applications are most efficient in dealing with relatively small amounts of structured data. The average transaction (database entry) in the Bitcoin blockchain, e.g., is a mere 500 bytes (give or take) and is highly structured. The structure of the data allows for the development of independent applications to analyze the data on the blockchain. While there are techniques to analyze unstructured data, there is little inherent advantage to storing it on a blockchain – especially given the second constraint: the storage requirements of the blockchain. The Bitcoin blockchain is approaching 80 gigabytes in size and growing exponentially. Every node maintains a full, continuously updated copy of the blockchain. At 80 gigabytes, there is already concern and controversy in the Bitcoin community about the constraints that the Bitcoin blockchain places on individual users.

For context, should a community wish to decentralize its school district’s (traditional) student records via a blockchain, the amount of data storage required of individual nodes would unequivocally and completely cripple the blockchain network. For instance, take the case of Gwinnet County (GA) Public Schools, which is grappling with data storage needs in rolling out a new (centralized) student information system:

Chief Information Officer Frank Elmore told the Gwinnett School Board last week that the district has entered the realm of storing and maintaining a petabyte of data, which is one million gigabytes. He said it wasn’t too many years ago that a terabyte, which is 1,000 gigabytes, was consider a lot.

No way, no how could anything resembling a system of student records be wholly maintained on a blockchain run by individual users. Members of the Bitcoin community are concerned about 80 gigabytes of data storage. Gwinnet is maintaining over 12,000 times as much data. There is not enough technological magic in the world to overcome the fact that student records on the blockchain is a use case that is dead on arrival.

Heading to #ISTE18? Here’s What to Pack

If you care about your digital privacy and security, here is the tech gear to bring with you to ISTE 2018.

10 Things To Know about the Future of Blockchain in Education

With Bitcoin as the primary proof-of-concept, there are fascinating and powerful ideas underlying blockchain technology. Fresh from DC Blockchain Summit 2016, here is my current list of the top 10 things you need to know about the future of blockchain in education. Personally, I remain optimistic and can’t wait to see where we will take it. Be sure to share your ideas and questions by leaving a comment on this post.

In the News: On Sony Pursuing Blockchain Applications for Education

Conceivably, if blockchain were to help students keep track of and share records of their academic experiences – in brick-and-mortar schools, virtual classes, from other sources – it could add detail and sophistication to efforts to “personalize” education.