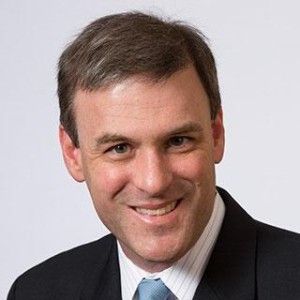 Douglas A. Levin serves as national director of the K12 Security Information Exchange (K12 SIX) – a new national non-profit dedicated solely to helping to protect K-12 schools (public and private) from cybersecurity threats, such as ransomware and phishing attacks. A trusted adviser to federal and state policymakers and education leaders, Mr. Levin has conducted high-profile empirical research that has informed and shaped the field, helped build unique online tools for educators and school leaders, and written and spoken widely about the trends shaping the future of education.

Mr. Levin has been engaged in education and technology policy issues for over two decades – in a variety of roles – most prominently in helping to develop and implement the nation’s first education technology plan and strategy in 1996 under President Clinton, as well as its subsequent updates in 2000 and again in 2004 (under President George W. Bush). He also consulted on the development of the 2016 plan (under President Obama).

From 2009-15, he served as executive director of the State Educational Technology Directors Association (SETDA). In 2010, he served on the leadership team of the Digital Learning Council, co-chaired by former Governors Jeb Bush and Bob Wise. From 2010-12, he served on the Virginia Open Education Curriculum Board by appointment of Governor Bob McDonnell. Mr. Levin’s recent work has focused on a wide range of federal and state policy issues, including broadband and technology access, interoperability, digital and open (OER) content, assessment, student data privacy, and school cybersecurity.

Previously, Mr. Levin held positions with the American Institutes for Research, the National Cable & Telecommunications Association, and the National Association of State Boards of Education. He holds an M.A. in Sociology from the George Washington University and a B.A. in English from the College of William & Mary.